RPG games feed you with good memories. As you traverse the wilderness as a novice, and slowly leveling up to what would become the best player in your server, it gives you a great sense of self-fulfillment.  What was impossible before become possible nowadays. PC and console games can now be played on the palm of your hands. You can be anyone. Choose any character you want and immerse yourself in the world of RPG games with just your phone!

Harry Potter mania is still not over… and it will never be. With that mania, comes a game that most Potterheads love. It will give you seven years of Hogwarts experience. Meet some old and new faces that will clearly bring delight to your journey. 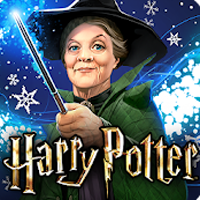 Before beginning your 7 years in Hogwarts, create and customize your avatar. 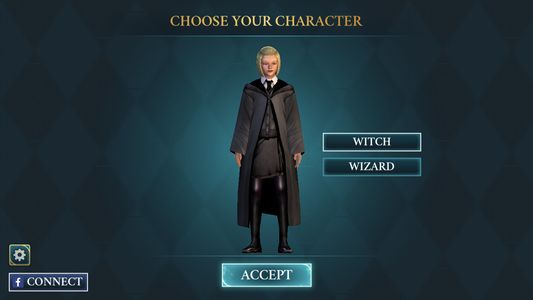 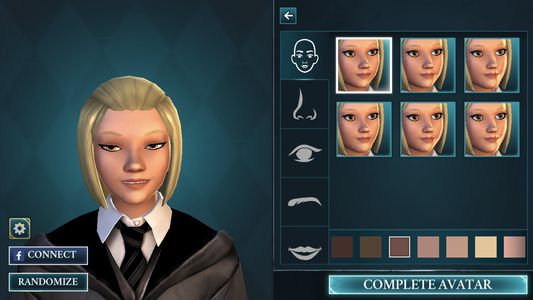 What is Hogwarts without a little bit of magic? Go to your class and learn how to do “Lumos” or learn how to create the “Truth Serum”. 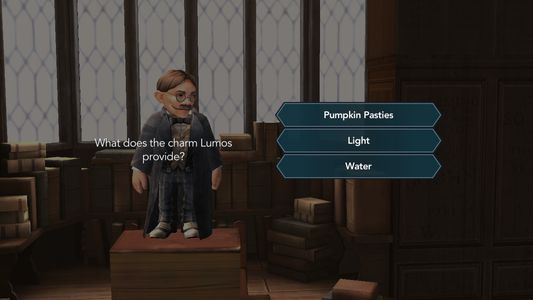 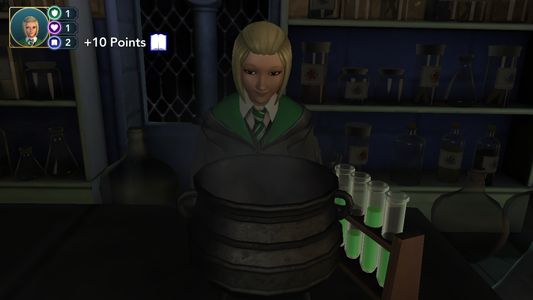 Your choice is important in the game. The outcome of your character and the characters in the game will depend on the choices you made in the game. 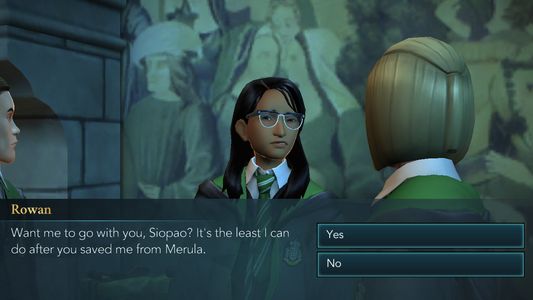 Since it was first released, Fire Emblem has been one of those games that offer a great story, and quality to its players.

This is a turn-based game. It will give you time to strategize your next move. Or even read what your enemy would do next. 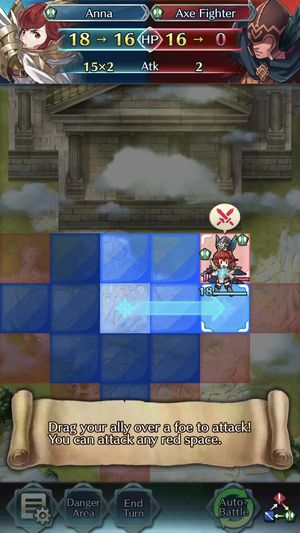 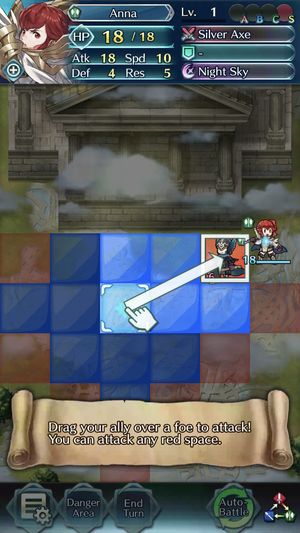 And for the busy people, you can always set the Auto-Battle On to allow you to level up while you are doing something important. 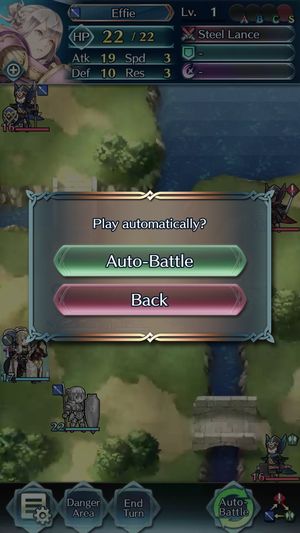 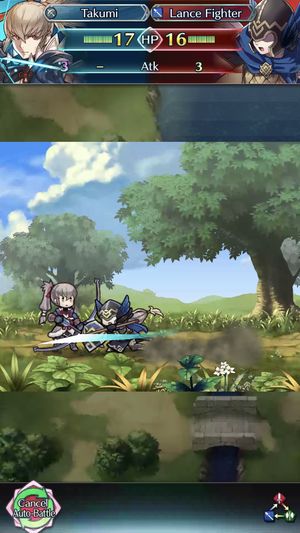 Try your luck by drawing out different heroes for your team. 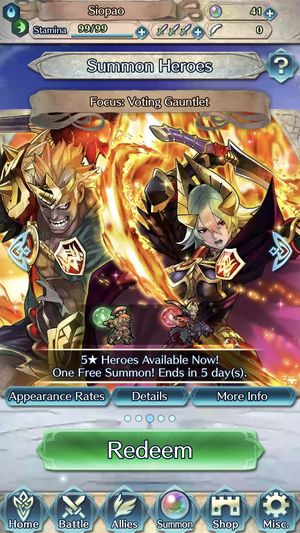 Kingdom Hearts is one of the best games out there. And its mobile version won’t disappoint you. Play as the keeper of the key blade on the journey to defeat the heartless. 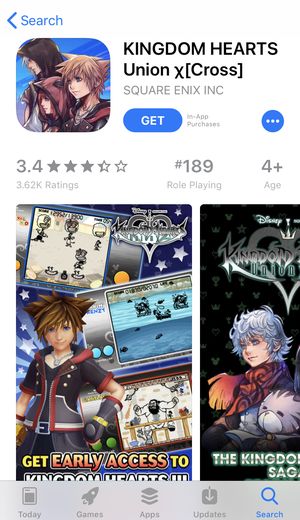 In the game, you are not playing as Sora, but you can create and customize your own avatar to fight off the Heartless. 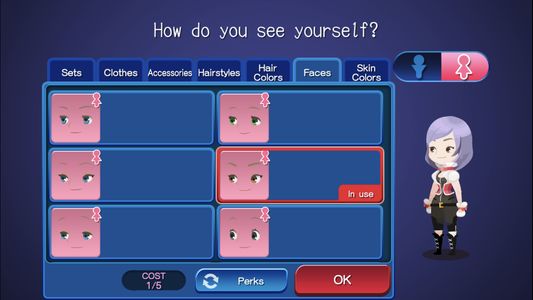 Level Up and find more companions

Just like in the other Kingdom Hearts game, you have companions to help you with fighting. As you progress in the game you can gain new companions along the way. From Donald Duck, Goofy to Mickey Mouse. 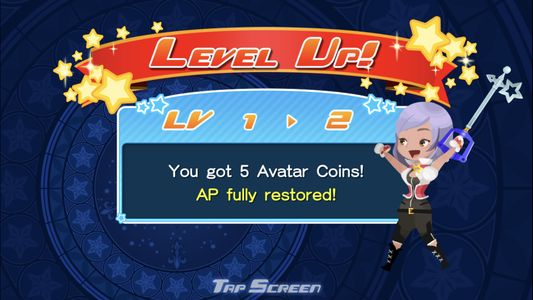 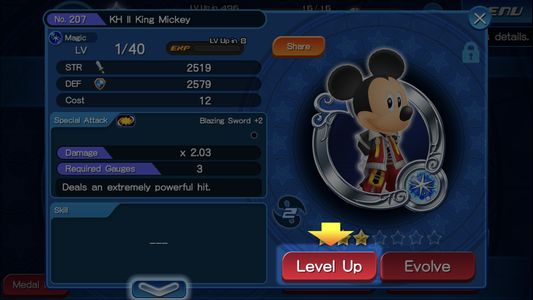 Just as how the console version of this game is, you will travel to different realms and help save the day. 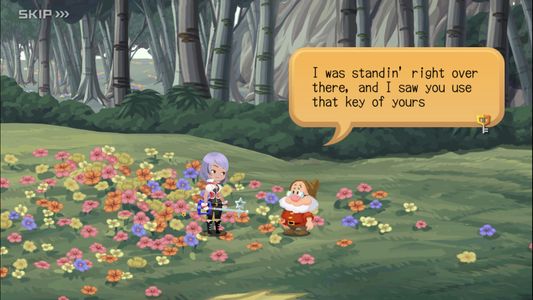 Is a mobile RPG game that will let you experience old school RPG games. From the set up of its town to how the missions go, anyone can feel the nostalgia and thrill of defeating enemies

Unlike other games, this app lets you pick from the 3 classes and choose a gender!  One class can be female or male. Now that makes the fun double. Create a character and master them to reach their full potential. 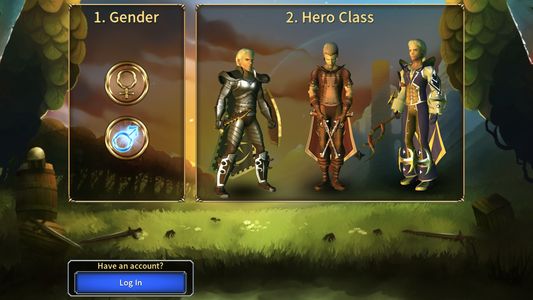 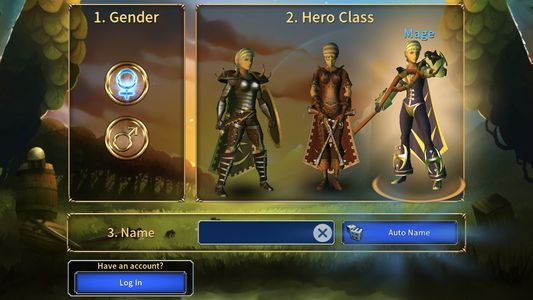 Quests and Side Quests

Eternium offers interesting quests and side quests that will help you progress the game. It will open up new stages and new worlds that will surely get anyone excited.

Level up your abilities

Level up your magic and your swordsmanship. Create a balanced character. With every stage completed, you are given experience and coins that you can use to level up your abilities. 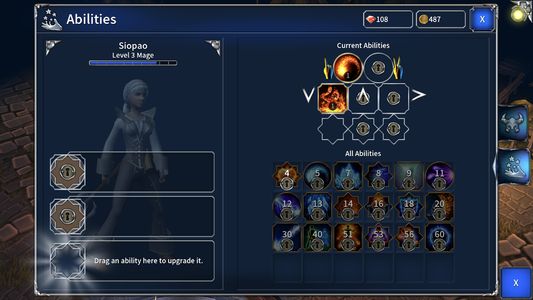 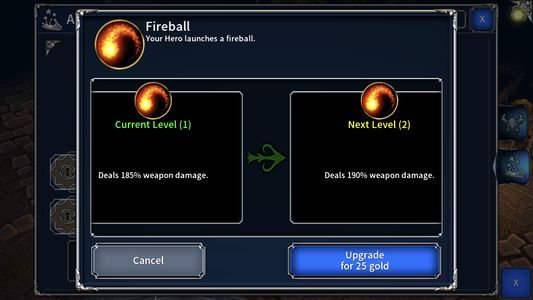 Are you a fan of zombies? Dystopia? Or just the mere aspect of survival? This game will let you feel the thrill of all of them. Try to survive your last days on this zombie infested Dystopian world. Navigate through the rubbles of the present days, fight off survivors and zombies alike. 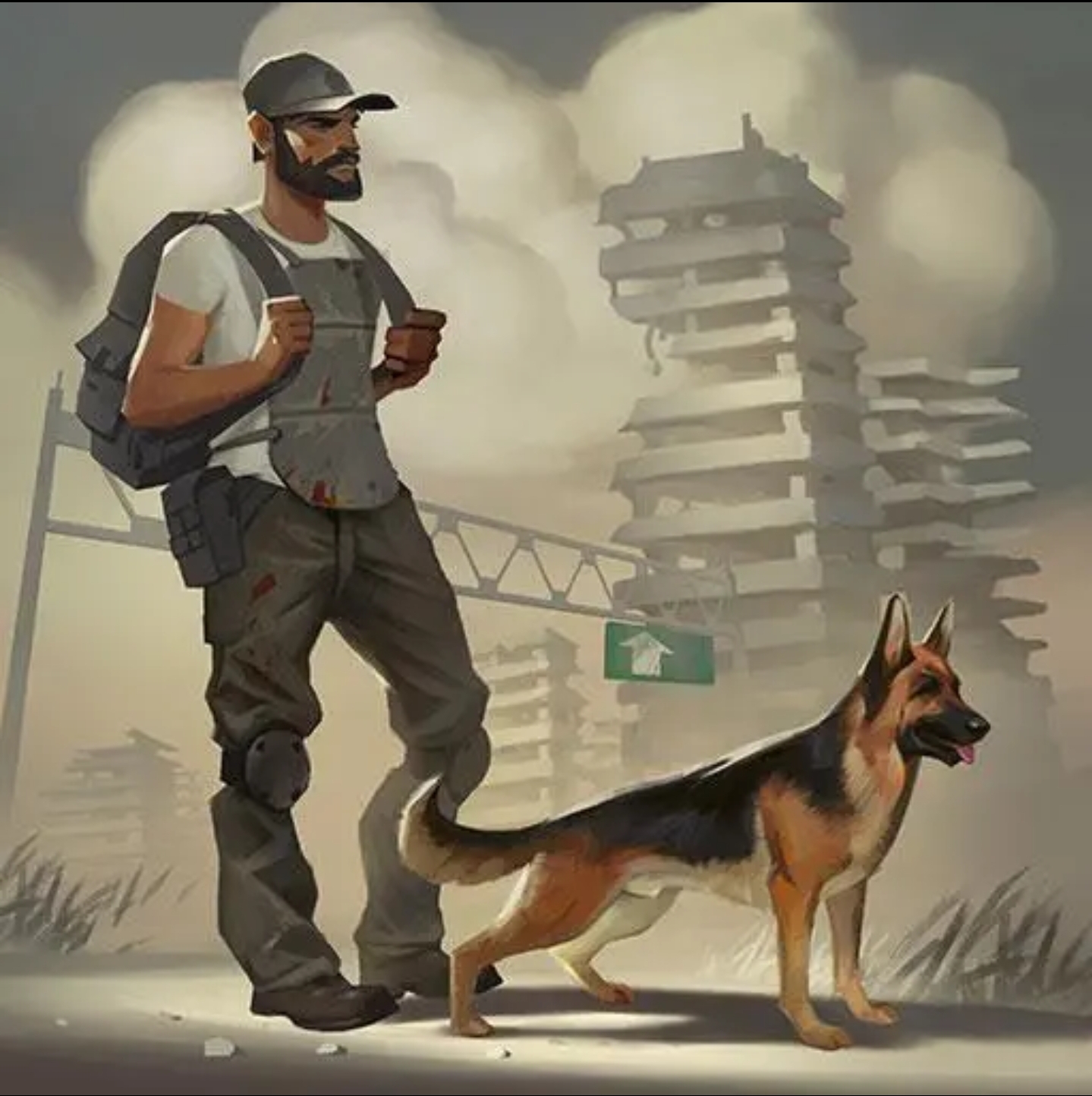 Craft the tools you will need to survive. From the spear to the pickaxe, you can’t survive without those things and if you’re lucky enough in locating all the needed materials, you can even fix a vehicle you can drive around the world. 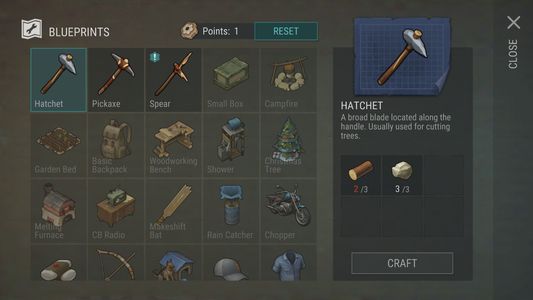 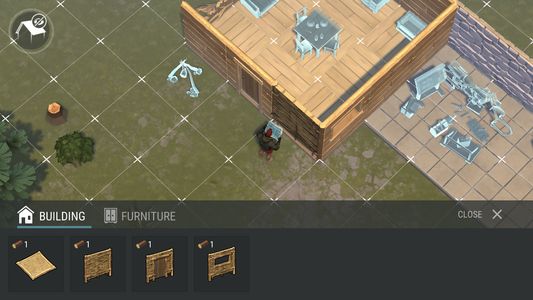 Visit and Travel to other places

This is an open world. Last Day on Earth offers many places you can visit the houses of other players on your server to an airplane crash site to get supplies. 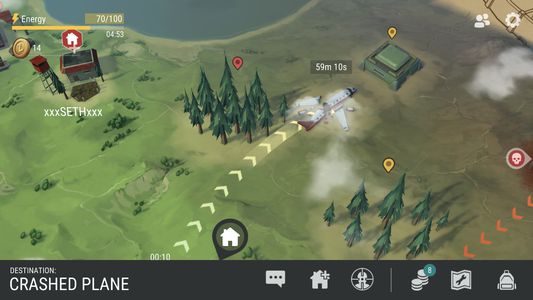 The dystopian game will never be complete without Zombies! You might meet a wandering zombie, or a zombie horde while you’re discovering new places. Be prepared to fight them off with the tools you’ve crafted or with the weapons you’ve bought from the store.

People play games for many reasons but if you’re not at home, you can always play with these games. No need for a pc or game consoles.

Get magical with Hogwarts A Mystery. A brand new adventure to experience. Walk through the familiar corridors of Hogwarts. Meet old and new faces and create your very own story with every choice you make. You have seven years to discover and experience the magic of Hogwarts.

You are the hero that everyone is waiting for in Fire Emblem. This turn-based game will not bore you. As the story progresses, the more you have to strategize to defeat the enemies. And if you’re busy, you can always have the option to activate its Auto-battle. Let the AI do the fighting while you get busy with other stuff.

If you are a fan of a long-running title game, then Kingdom Hearts is the right for you. You might have heard of this game before so try it out on your phone! This game will let you customize your character. Get creative as you can! What everyone loved in the PC and console version of the game is still here. You still have Donald Duck and Goofy beside you. And you can even collect new companions as you travel the realms of Disney to fight off the Heartless.

If you’re familiar with Diablo and Torchlight, you will surely enjoy Eternium. If you’re more interested in fighting alone and doing quests just like the old times, you will definitely get intrigued by the things you will be able to get when you unlock a stage.

And if you want to try out living in a dystopian world, Last Day on Earth is a game that will help you put that into reality… almost. From farming to crafting the tools you need every day to survive, this is a game where your intelligence, resourcefulness will be tested. Fight zombies like there’s no tomorrow!

RPG lets you create a new version of you. These games make you feel that everything is limitless! Become a swordsman, or a wizard and discover your fate in the game world. Try them out with just your phone. Ready, player one? 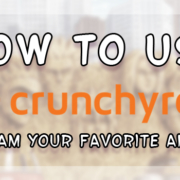 How to Use Crunchyroll App- Stream Your Favorite Anime! 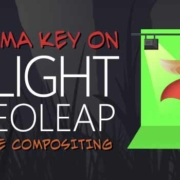 How to Use Chroma Key on Enlight Videoleap Video Editor App: Creative Compositing 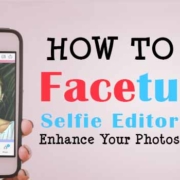 How to Use Wishbone - Compare Anything App: Questions and ideas! 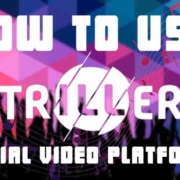 How to Use Triller-Music Video Maker App: Social Video Platform

How to Use Adobe Photoshop Express App: Expert Photo Editing