It’s certainly hard to live without your phone! Everything is in there: photos, notes, important messages, and books. Nowadays, there’s no need for lugging heavy books when you can have them all in one tiny device! All you have to do is simply download books and read them anytime, anywhere. Even more amazing than this constant flow of apps for you comic and manga fans… the comic apps are free!

“Where can I read manga?” you ask. You surely need apps that contain your favorite manga, right? And what more? You can search, download, and read your manga using a single app!

Manga Rock
Developed by : Not A Basement Studio JSC

Before the Pirate King’s death, he declared the existence of the great treasure called the One Piece. The treasure can be found in the Grand Line and it can only be in the hands of the worthy one. And the Great Age of Pirates begins…  After more than twenty years, Monkey D. Luffy sets out to a journey to search for the One Piece. Is Luffy the one? Will he claim the highest throne among all seas? 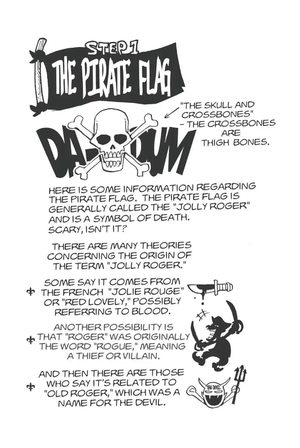 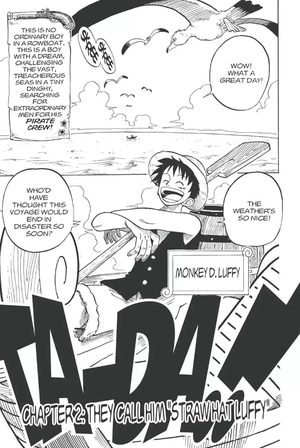 Saitama can make anyone yield using his powerful punch. But over the long haul, he gets bored taking down his opponents without any challenge. One day, he meets Genos, a young cyborg wanting to be his disciple. Will Genos be a part of a new chapter in Saitama’s life? Will he remain a superhero? 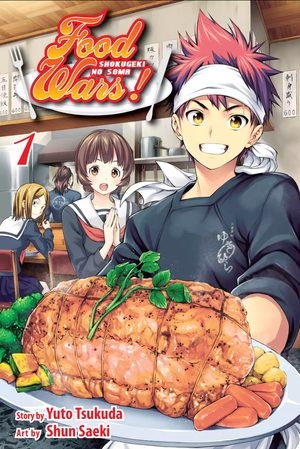 Yukihira Souma, a 15 year-old high school student, dreams to surpass the cooking skills of his father. However, right after he graduates from high school, his father goes to Europe. Their restaurant has been closed down. Yukihira Souma almost loses hope but his father has prepared a surprise for him. Souma’s father has enrolled him in the Tōtsuki Tea Ceremony and Cooking Academy, a first-class culinary school. Will Souma reach his dreams? Or will Totsuki Academy bring his downfall? 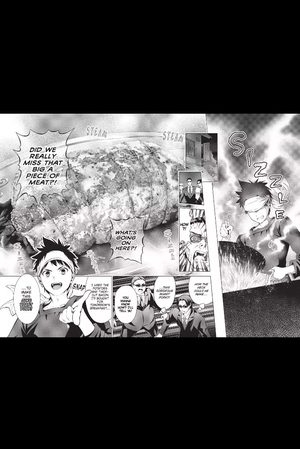 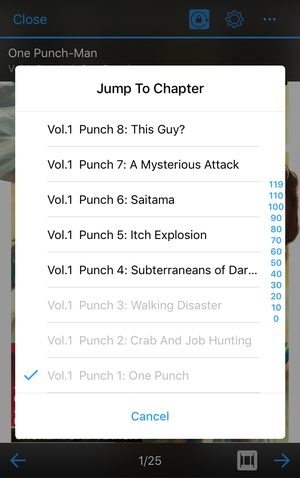 Your favorite comics unfold right before your eyes with animation, sound effects, and panoramic view. Madefire gives you digital storytelling at its finest through motion books! You can enjoy your comics with easier reading interface and with less effort. Get your comics in layered motion and audio! Instead of just reading the comics, experience them!

Assassins come for Anduin’s life as he reads a letter from his father, King Varian. It is his time to inherit the throne. He still tries to figure out if he is fit to be king. Can Anduin face his fears and defend Azeroth? Or will his decision bring forth the invasion of the whole world? 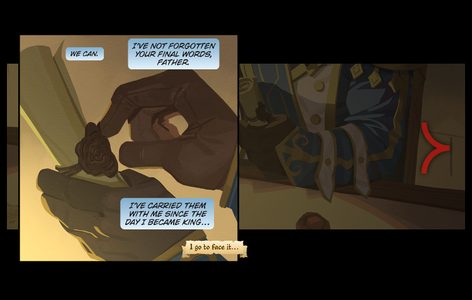 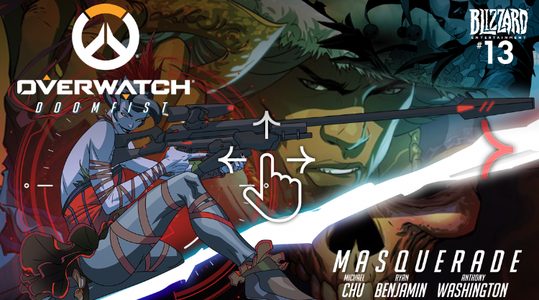 Finally, Doomfist has escaped from prison. He had suffered for four years inside the cells after his defeat against the Overwatch. Doomfist returns to his organization, Talon. He steps up and leads again, all the while devising with his allies a new deadly plan for their Talon.

The Hearthstone Tavern feels warm as the Pompous Thespian entertains them with a new tale. His story revolves around Rexxar, the hunter. Rexxar comes home to a dying forest. The plants and animals have gone missing. Eventually, Rexxar discovers the source of the corruption. But will he sacrifice so much to defeat the looming darkness?

If you’re new to reading comics, you might be disoriented the first time. But if you choose to use Madefire, reading comics would be a piece of cake. Dialogue bubbles cramped in one panel will not bother you! Madefire makes them appear in sequence, as the dialogues are meant to be read. And since the plot points are revealed in layers, it will be easier to understand the comics! 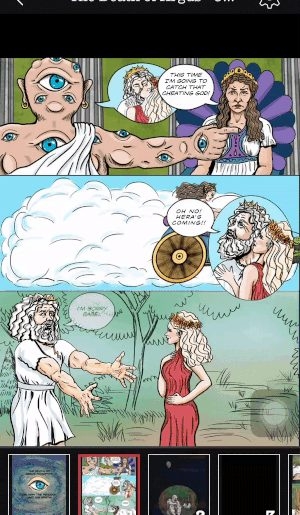 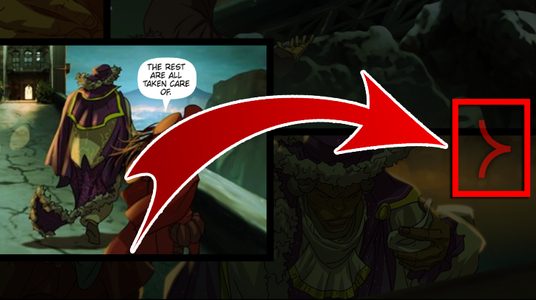 There’s more! Easily jump from one chapter to another with this reliable manga app! Search for manga titles faster and get more suggested titles. You can’t get enough with Manga Reader! 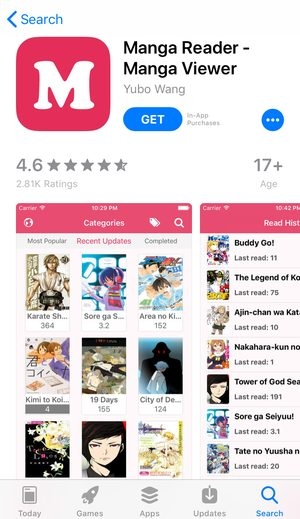 Makunouchi Ippo is a high school student in Japan. He doesn’t have a particular circle of friends at school. As a matter of fact, he is a bullied kid. One day, while the bullies continue to coerce Ippo, a boxer saves his life. Ippo then starts to idolize the boxer, Takamura. The day comes when Ippo convinces himself to follow the boxer’s footsteps. He believes that becoming a boxer will make his life more meaningful. Will Ippo continue his dream or head back to school and endure getting beaten to death by his bullies? 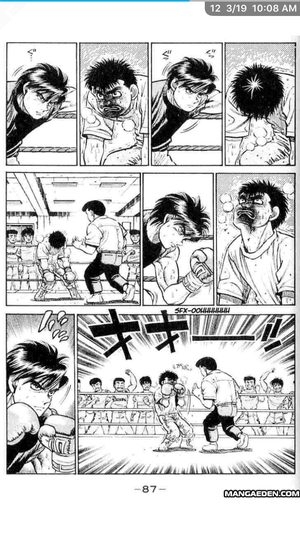 “What happened to Ursa?” Fire Lord Zuko continues his search for his mother. He resorts to ask help from his sister Azula who was imprisoned in a mental health facility. Of course, the iconic trio, Aang, Sokka, and Katara, join the mission of finding Ursa. How will Zuko manage his dynamic team? Will they work well together especially when a wolf spirit tries to obstruct their journey? 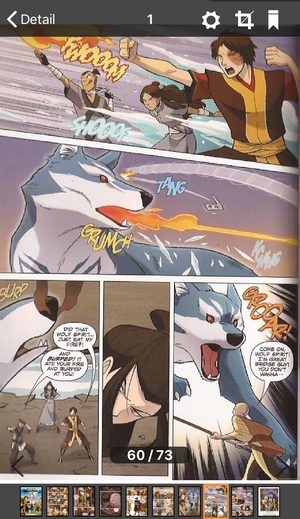 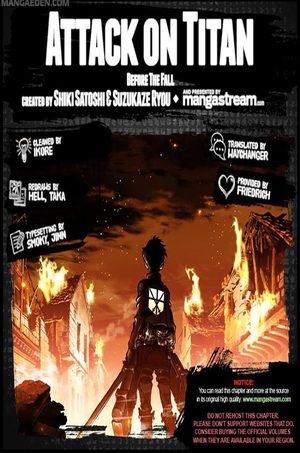 Over a century ago, the Titans have come to conquer the world. Humans have built giant walls to protect themselves from the monstrous giants. Eren Yeager, just like some of the boys inside the walls, has grown up inside its protection for as long as he can remember. He and the other humans always wonder how it feels to be outside again. Everything’s doing just fine until a Titan destroys the wall. Will humanity completely perish? Or will they stand stronger to defeat the titans? 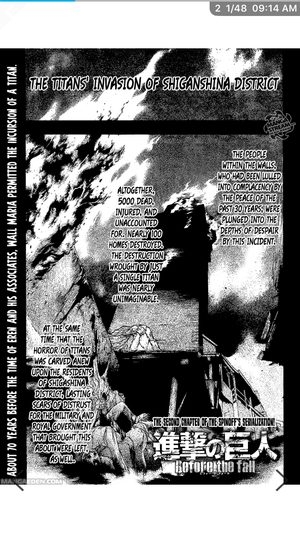 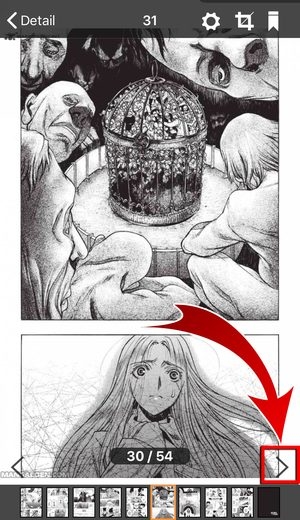 Craving to read but don’t have much free time? Tapas can give you bite-sized episodes of comics and graphic novels! It has a growing library of more than 50,000 series. So, whenever you have free time, head on over to Tapas and get into the magical world of the comics!

This fantasy drama highlights rural France. A girl in Arles meets a marionette with a hole through its heart. She dresses it like a scarecrow and hides it in the sunflower fields. A poor and slightly egoistical artist passes by and plants a sunflower to the mannequin’s heart. And art comes to life. 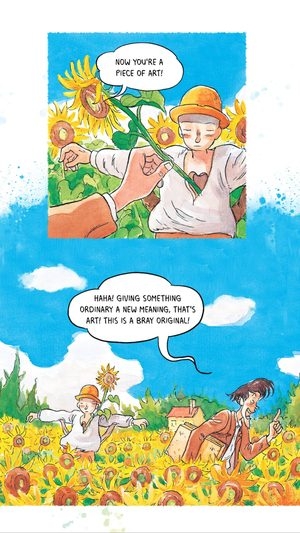 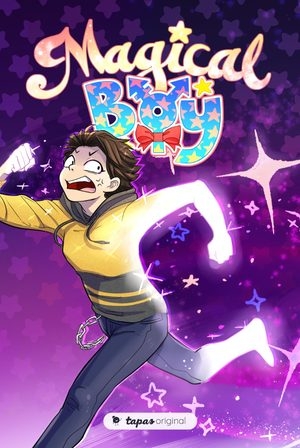 Max goes through his middle school life. He has been struggling to express himself as close as possible to who he really is. Max, who was assigned female at birth, wants to face the world as a man. One day, he musters the courage to come out to his parents. But his mother reveals that he is a Magical Girl. Max has no choice but to continue the tradition of being the next Magical Girl to protect and save the world from Devoid. 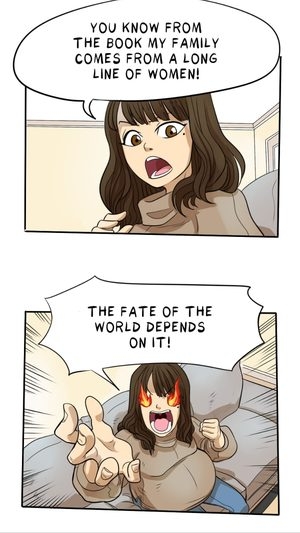 Special Agent Khloe Feng wakes up in another time, place, and body. By the daylight, she is an illegitimate child of a noble family. When the night comes and the moonlight spills, she is the most lethal assassin of Xia’s Kingdom. How can she live two lives at once? 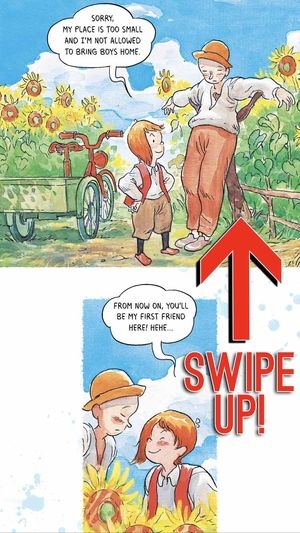 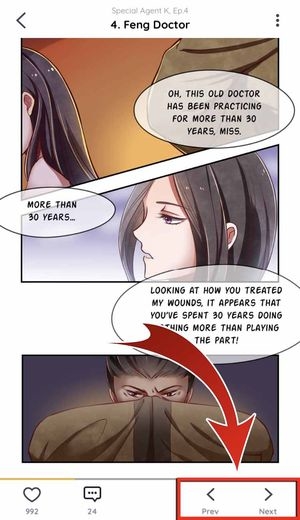 Manga Bird is one of the most user-friendly manga readers and browsers in the App Store. It lets you download a huge library of comics that support eight languages. You are also given more reading options! Read your manga in the best way possible with Manga Bird. 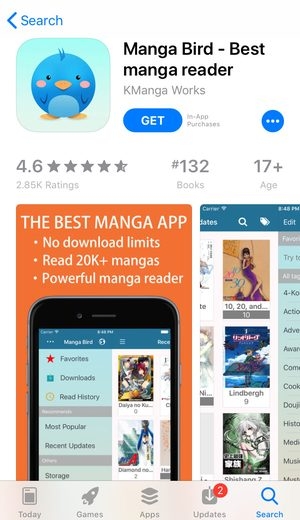 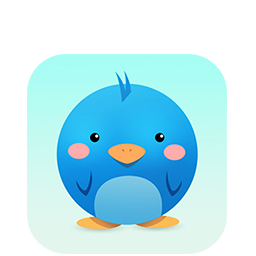 Tomo Aizawa has confessed to her crush, Junichirou Kubota. However, Junichirou only sees Tomo as a friend, assuming that she was a guy. Tomo will not back down. Can she win Jun’s heart? 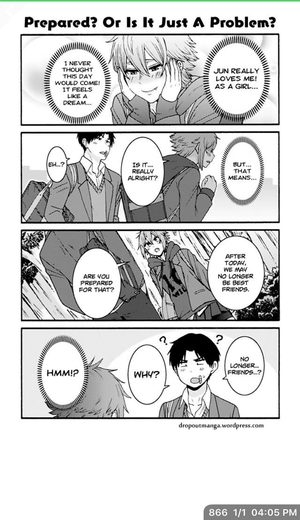 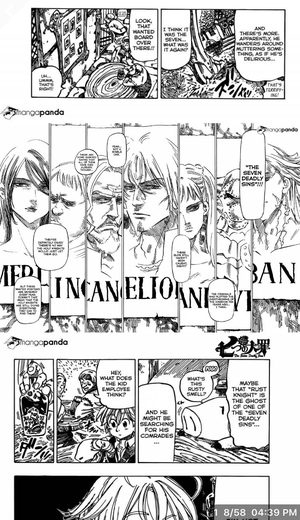 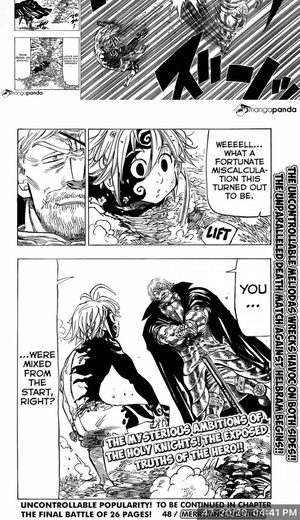 Ryan is a rookie police officer who accidentally receives the “Blessing,” an indecipherable power. After that magical incident, he begins to pursue justice for a better world. The drastic change in his worldview transports him to a world of action and fantasy. 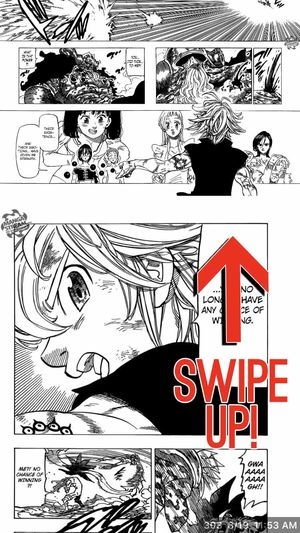 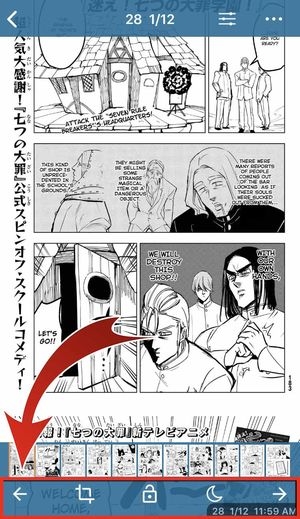 Easy and fast, that’s how everything comes in this digital age. Imagine, you no longer need to carry heavy books around. You can have a room for a massive library in a single phone. Such convenience! We’re all at the height of the digital age now, you may want to take advantage of your privileges! It won’t hurt to experience it, right?

How to Use Darkroom- Photo Editor App: Edit with Ease!

How to Follow Podcasts on Spotify: Retro in the Digital Era 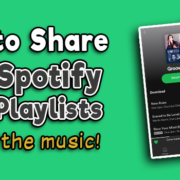 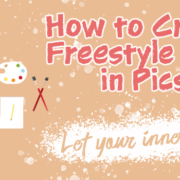 How to Create a Freestyle Collage in Picsart: Let Your Inner Artist Out!

How to Use PicsArt Keyboard: Add more fun

How to Use the “Ignore” Feature on Facebook Messenger: Ready When...